Home StyleOccasions What I Wore On Our Ski Vacation
OccasionsStyleVacationWinter

What I Wore On Our Ski Vacation

Every December, we head to Ski Town U.S.A., aka Park City, Utah, aka where we got engaged and married for the holidays. It’s the most magical time of year to spend in the mountains, and the skiing is truly the best. But we also love getting in some time on the slopes later in the season, especially in spring, when I find the conditions are the best and late spring skiing often brings the biggest powder dumps. As much as we are partial to Park City, we also love visiting other ski towns. I still have a bunch on my list, but Jackson Hole, Telluride, and Aspen are some of my faves that I love coming back to when we get the chance.

As much as I love the skiing and apres-skiing, my other favorite part of a ski vacation is the fashion. It’s just one of those vacations where you really get to dress the part. From the fur vests, boots, jackets, and pretty much fur everything to the look of furry snow or moon boots with shiny leggings and a big ol’ ski sweater — it’s just so comfy and chic.

This year, we returned to Park City for the Christmas holiday. While I wasn’t as good about documenting my outfits as I had hoped (sorry, I was too busy running after a two year old, enjoying the snow, and mostly, stuffing my face), I did manage to capture a few of my go-to looks.

So for a twist on my usual week in outfit posts, here’s what I wore on our last ski vacation. 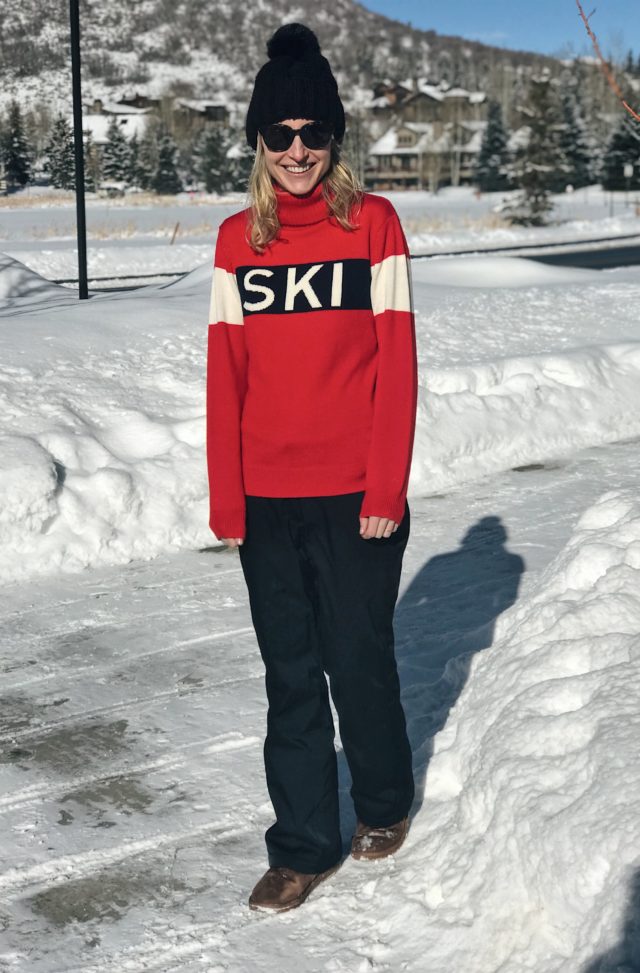 Dinner With the Fam

Is This Outfit Too Basic?

How to Wear Velvet (Without Looking Over the...

What to Wear When It’s Freezing Out