Home At HomeFamily To Vacation With James or Not
FamilyMotherhoodTravel

To Vacation With James or Not

One of my goals for 2018 that I didn’t actually include in my New Year’s resolutions list, is to travel more. Every time andrew and I come back from a trip, we always say we should take vacations more often and then we talk about i and don’t go because work, maybe we should be saving for “more responsible things”, indecisiveness around where to go, and now, James.

We’re still figuring out how to travel with James and debating really, whether a vacation will really be all that relaxing with just us and James (we precociously have only really gone on trips with grandparents or to weddings where we had sitters to watch James for some of the time and aren’t really vacations anyway). In retrospect, I wish we had traveled more when he was younger and not mobile, as flights are challenging to say the least now that he’s so active and walking, but at the time, Andrew has switched jobs and was traveling a lot for his new one, I had just gone back to work and used a lot of my vaca for some extra time at home, and we were still terrified and unsure of this whole parenting thing. There was also the fact that we had a really hard time getting James to sleep and the idea of disrupting any progress we seemed to make with a time change and travel seemed ridiculous at the time.

But now I’m getting the travel bug, especially since it’s mid-winter and I need some things to look forward to. With a long weekend in February, my birthday, our anniversary and then summer coming down the pipeline, I really wanted to plan some fun trips to give us some

Much-needed time off and a chance to bond and get away from this cold and everyday craze. 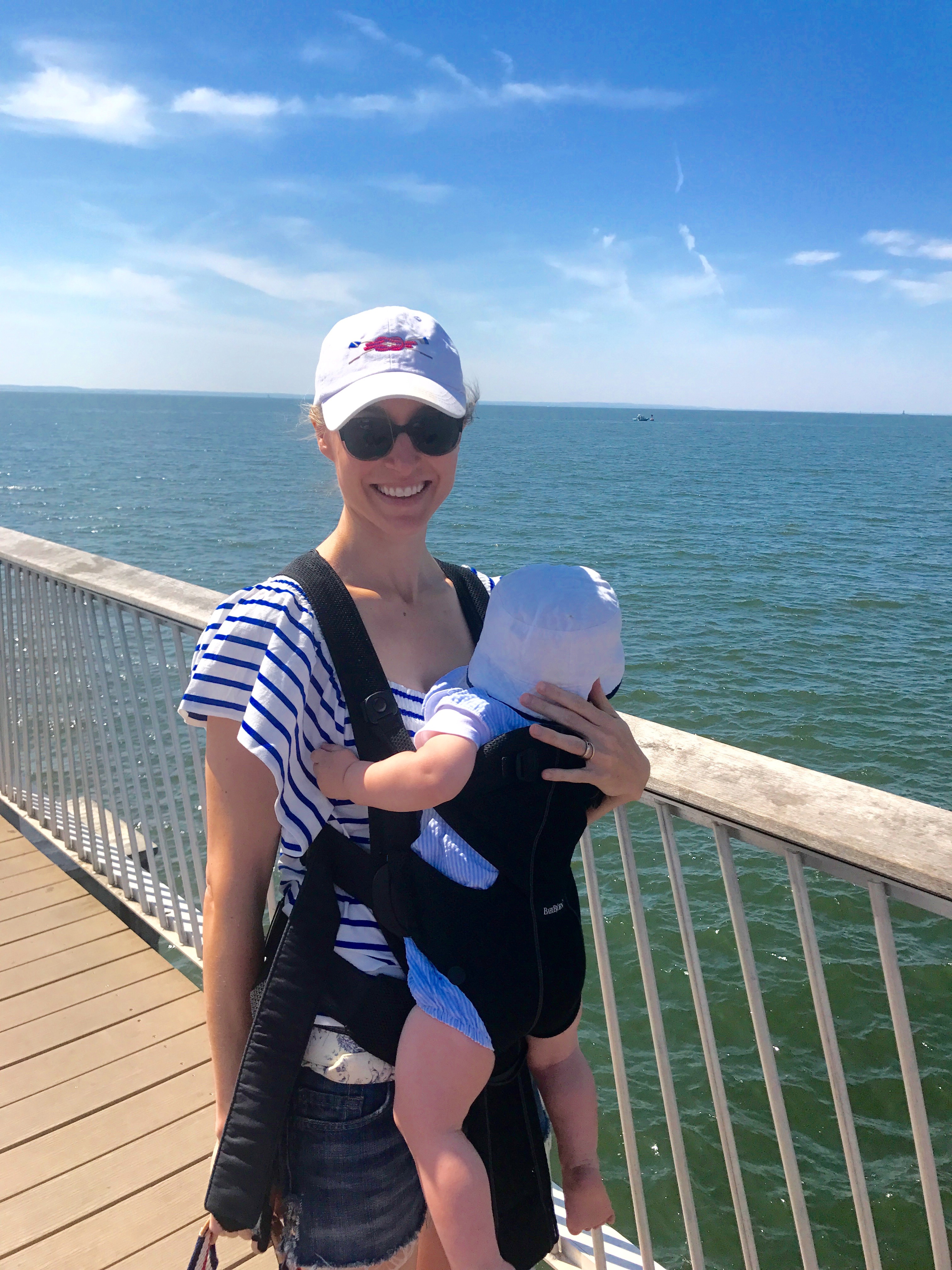 The problem: we really can’t decide where to go and mostly because we can’t decide whether to bring James. I would really like to bring James. I miss him so much and especially lately when I’m at work, and honestly, I still don’t feel very comfortable leaving him to travel far away. On the other hand, I’m eager to go on an adventure for my birthday, somewhere far away, like Hong Kong, Japan, or Italy or Paris. Andrew isn’t sold on a long flight, as he’s been traveling so much but especially with James. While in some ways, I’m petrified of bringing James somewhere far and fear we couldn’t enjoy it as much with him, I also can’t stand the idea of being that far from him should something happen even though I know he’d be in great hands with his Nanny and grandparents.

We’re somewhat limited in destinations because of Zika, which would be more family friendly, but as much as I could use some days relaxing on the beach, james is at the age, where we would really just be chasing after him instead of relaxing, and if we’re going to leave him home, I really want to go to one of the bucket list spots on my list that are harder to get to and not as kid-friendly but then there’s the leaving James and the exhaustion of jet lag and sightseeing that I fear could end up not being as enjoyable as it was when I was writing about travel and traveling across the world for work or andy and I would go on jam-packed trips during our kid-free days when we could actually recover by sleeping in and zombie-ing out in front of the tv.

I also know that this is going to be as easy as it will get when traveling with kids. Once we have two (or more!), our options will be infinitely more limited and Florida, Bermuda, Utah will be as far as we’ll be able to handle so I’d love to try a trip with just James somewhere far and cool. Plus, when we’re around here, we’re constantly trying to get out of the house to find stuff to do. Checking out museums, touring a city, going out to eat, is a lot of what we do now to get out his energy and keep him stimulated so doing it another country doesn’t seem that crazy. We’re not big partiers anymore and go to bed pretty early, and since his schedule would be messed up anyway, taking him to dinners etc. wouldn’t be the end of the world.

I also have this strong pull this year yo really live life. I don’t want to just resign myself to not traveling the places I’ve always wanted to go until the kids are older because then you have school to pay for and sports games and plays and a million other things and then all of a sudden, you don’t travel until you’re retired and by then, you may be too old to enjoy some of the things that you want to do there and also, maybe you don’t make it until then or you end up never going. But like, am I being totally crazy and overthinking? Is this some of the stuff I gave up upon having kids and I need to accept that i traveled to a ton of cool places pre-kids and can again? Or as I fear, if I don’t start doing it, it’ll never happen?

I don’t know, am I just justifying this because I want to go? Do I need to get over my fear of being apart from him for four or five days or (gasp!) a week? Should I take James and commit to what I said before we got pregs, that we wouldn’t let a baby dictate our lives and would take him with us places and teach him to be adaptable and adventurous? Also, why am I so indecisive? And why is Zika still a thing that no one is doing anything about? Part of the reason I think I’m so indecisive is that where I really want to go is basically off limits until we stop having kids because of Zika – Vietnam and Cambodia, Macau Pichu, Bali, and even Fiji and the Maldives.

What do you think? Should I just suck it up? Have you traveled with young kids far away and was it worth it? How did you get over your fear of leaving your kid while you traveled? Help!

How To Wear A Jersey (and Look Stylish)

What To Do When Your Two Year Old...

The Best Travel Toys for Toddlers

You should absolutely take a vacation just you and Andrew. You have worked so incredibly hard at your jobs and getting James to where he is today. Of course you love your baby and taking some time away may actually help you guys be better parents. I’m a huge advocate of spending time as a couple, without your baby. It’s important to go back to your foundation as a couple and get the opportunity to enjoy things as adults. My husband Ryan and I took a trip to Italy when our son was 6 months old. Yes, it wa so hard leaving George (our son) but after a day or so, it got so much easier. George who?! I knew he was in good hands, having the time of his life and let’s be honest, he probably had no idea we were gone. Take a trip. Maybe since you have doubts, try somewhere in the US like Florida? California coast? Or Charleston? And then see how it goes…