Home Motherhood How We Got James to Drop the Pacifier
Motherhood

How We Got James to Drop the Pacifier

I’d like to start by saying, this is what worked for us and I am in no way a parenting expert, nor do I judge anyone who hasn’t stopped the paci yet because sometimes it’s the best way to just plug a screaming kid up.  Also, full disclosure: this whole dropping the pacifier thing happened somewhat serendipitously for us, but my hope is what we learned could actually be helpful for anyone else trying to get their little one to drop the habit.

First though, I feel like I should say that James was never a big pacifier baby. We would give him them and he would spit them out. I was eager to get him to take one because it is one of the recs for reducing SIDS in young babies and because a lot of moms suggested it helps with sleep and something to suck on besides your boob when they just want comfort and James was not a sleeper and was a constant nurser. Alas, he knew the difference and would spit it right out for the most part. However, around four/five months, he started to use on on occasion at nap time – I think it coincided with me and my boobs going back to work. As he got bigger, he got more into it. It was never like he couldn’t he would meltdown without it and send us into fill on panic if we couldn’t find one, but it was a good way to settle him when cranky, get him in nap time mode, and plug him up when he was screaming and my ears/head couldn’t take it anymore (he started a screaming or pterodactyl phase around ten months and it’s kind of stuck though it’s been getting better the more he learns to communicate). However, I was also worried about becoming reliant on it (him or us) since our doc and the books all recommend breaking the habit at one. The reasons range from teeth to speech problems. When he turned one, we tried to dial it back to just sleep times, but it was hard because by then, he was very capable of grabbing one anytime he saw it and putting it in his mouth. And frankly, it was another milestone that was hard for me to accept. With a paci in his mouth my emerging toddler still looked and felt like a baby, and it’s been a struggle for me to accept how fast he’s transitioning out of the baby phase. 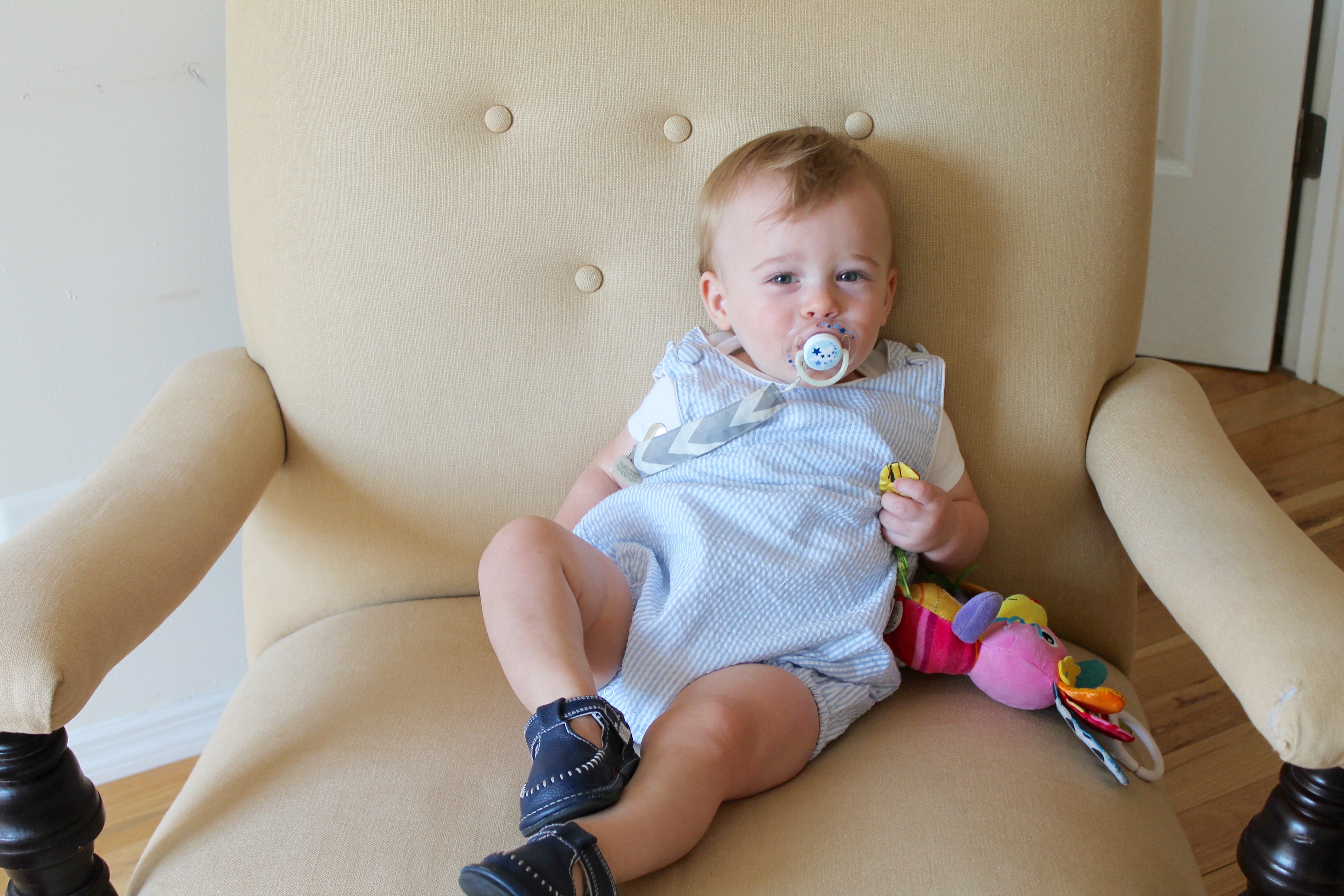 We tried skipping it at naps and only using it at night, but it was hard. Sometimes he would find one and pop it in and then he’d scream bloody murder when we tried to take it away. Other times, he just wouldn’t nap and it was such a struggle to get him on a regular nap schedule, and can still be touch and go, that I really didn’t want to jeapordize naps for paci. And then of course something always came up like new teeth or a cold and the timing just didn’t feel right. I comforted myself in seeing other friends babies who were older still using pacifiers and vowed after our trip to Park City at Christmas to commit to weaning him off. Honestly, I was wavering in my commitment when we returned from the holidays (five hour flight with a 15 month old will do that to you) but then we headed upstate for New Year’s Eve and I somehow forgot all his pacifiers and a big snowstorm prevents us from making a store run and we survived and James didn’t even seem to notice. We returned home after four pacifier free days and I decided that was it. We had gone without and done it, and even though I was secretly mourning inside the loss of another piece of my baby and there are times when I’m tempted to reintroduce it when he’s being really cranky and screaming in the car or won’t go down, I feel like we just won a huge battle without really having to fight, and considering all the others (dropping the bottle is next), I’m trying my best to stick to this new paci-free life and to feel lucky that we got away with it so easily.

Back to School Clothes for Toddler Boys

Back to School Clothes for Toddler Girls