Every year we go skiing in Park City for Christmas, and it’s one of my favorite holiday traditions. We’ve taken James since he was born, but last year was the first year where he was old enough that we could try him out on skies and really play in the snow with him. Now that he’s three, I’m getting all Tiger Mom and insisting that we get serious about his skiing. There’s a mountain not far from us in Westchester called Thunder Ridge that’s less than an hour drive that we’re going to get him practicing on. So naturally, I had to start researching ski gear for toddlers.

I want to make sure he’s warm and dry so he really enjoys it, and learns to love skiing as much as we do. But also, let’s face it: I can’t wait to see how cute he looks in his ski bunny gear. I am also fine investing in items that the next kid(s) can wear, but considering how short a shelf life his clothes have and how fast he grows, I also don’t want to spend a bajillion dollars on ski gear for a toddler, who will probably get in maybe five or six ski days this year, especially if our winter continues to be this mild. I did some research to find some items for James that are reasonable and will get him through this ski season and hopefully, if we’re lucky, into the next one — and that are somewhat neutral enough that Charlotte can wear next.

Here are my favorite options for toddler ski gear. 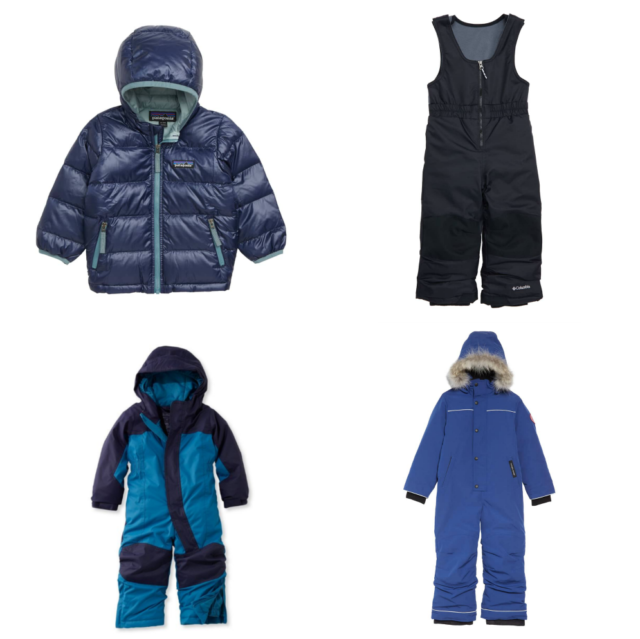 What to Wear To a Kid’s Birthday Party

What I Wore On Our February Trip to Florida

A Versatile Holiday Dress for Under $70

What’s In My Cart From Shopbop’s Summer Sale

Everything We’re Registering for Baby #2

Have You Seen Who What Wear’s New Target...